The story of Mark Zuckerberg

Mark Zuckerberg
This young man was born on May 14, 1984. He began to learn programming since high school. His own father who taught him Atari BASIC programming time. At the age of 18 years, he managed to make a music player program called "Synapse Media Player" that uses artificial intelligence to learn the habits of its users. The program then he publish and obtain the rank-3 in PC Magazine. Microsoft and AOL tried to purchase Synapse and recruit Zuckerberg, but he actually went to Harvard College in September 2002. 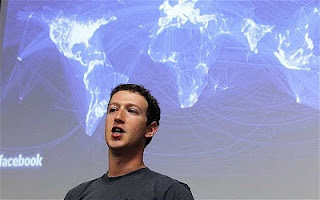 At the age of 20 years, Zuckerberg launched Facebook from his room in a dormitory at Harvard, which was on February 4, 2004. At that time, up just as the "Harvard of goods" until Zuckerberg finally decided to tell his friends at other universities, who have social contacts with Harvard with the help of roommate Dustin Moskovitz. From this point, Facebook started and became known worldwide as the largest social networking site used by more than 500 million people. Vanity Fair magazine, has named Zuckerberg as number 1 of the "100 Most Influential People in the Information Age". Now, at the age of 26 years, Zuckerberg was on the order of the Forbes 212 richest people.